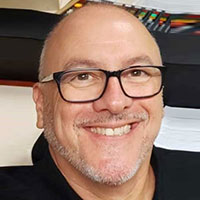 Miguel brings a mix of corporate, not-for-profit and governance experience which he hopes to use to help strengthen the voice of health consumers across Queensland.

A Fellow of the Governance Institute of Australia, Miguel has served on a number of boards including as Chair of a Queensland Government board and President of a mental health not for profit.

Miguel is currently the CEO of Parkinson’s Queensland where he leads a team committed to improving the lives of people impacted by Parkinson’s Disease. Prior to that he was the Queensland State and Northern Territory Manager of children’s cancer charity, Camp Quality.

He was born in Montevideo, Uruguay and emigrated to Australia with his parents at a young age and experienced the challenges faced by his parents as they navigated the health system with a limited knowledge of English. He is acutely aware of the cultural and language barriers faced by many as they try to navigate a complex and often confusing health system.

Why am I here?
What drives me is a desire to make a difference to the lives of others by empowering people and giving them a strong voice to push for change.

Access to quality and safe health services is a basic human right and it shouldn’t be influenced by your postcode, cultural background, or ability to pay.

I hope to use my skills and experience to help strengthen the voices of all Queenslanders and ensure consumers are positioned at the center of all health service decisions. 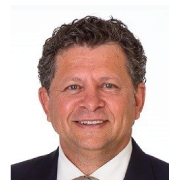 John is a resolute and resilient First Nations Elder belonging to Nywaigi people from around Ingham, and Mamu people near Innisfail in the Wet Tropics of North Queensland, Australia. John also has connections with the Bidjara, Kara Kara and Karingbul peoples in the Barcaldine to Springsure sandstone and desert uplands region of Central Queensland.

He was born on the Palm Island Aboriginal Settlement some 40 nautical miles north-east of Townsville, North Queensland in the late 1950’s.

John has experiences unparalleled on the many Boards and Committees he has served. None of his peers and colleagues to date were ever forcibly lined up for rations in their Australian community of birth!

From such life events that were once common-place among Australia’s First Peoples, John has 40 years’ worth of impactful governance experiences ranging from volunteer community-based organisations, commercial businesses in rural and remote settings, to the well-resourced boardrooms of $Trillion tertiary institutions.

John’s mix of qualifications from training and education, civil engineering design, social science, journalism, communication, and leadership well-equip John to challenge systems and inherent biases when advocating with and for Queensland health consumers.

When asked where I find my inspiration and drive to keep challenging systems and taking that one important step forward – I don’t have to look far.

For me it is as much about learning from my old people (their experiences and lived examples) as it is about leaving a legacy for the ones that are following and yet to come.

I learn from yesterday and act today for my grannies’ future. This informs how I do what I do, and why I’m doing it. I do it for members of all ages in my communities of origin, interest, and association. 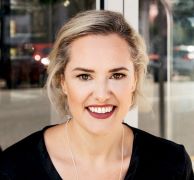 Ainsley is an experienced Non Executive Director having served on for-purpose and socially minded Boards and their Committees since 2002. A graduate of the Australian Institute of Company Directors, she is presently on the Board of the Australian Network on Disability and prior to this served with Brisbane Women’s Club, the Australian Association of Graduate Employers, Enterprise Network for Young Australians and The Global Society Foundation.

In her executive career in Human Resources, she has led people and culture strategy and initiatives across Australia and APAC for progressive government agencies as well as blue chip companies such as Woolworths Ltd and Coca-Cola Amatil. Ainsley holds a Master of Coaching Psychology amongst other study including with Harvard and Cambridge universities.

I am humbled to help consumers find a voice in the Queensland health system so that our services and outcomes can be accessible, inclusive and impactful for all. I am passionate that vulnerable Australians – by way of their background or economic standing – can shape their health experiences. I have seen in sectors outside health how instrumental human-centred co-design can be and my aim is to support the HCQ team further their unique models of engagement and advice. 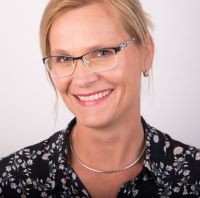 Hariet Brummelhuis is a purpose driven professional with over 15 years’ experience in executive roles across operations, corporate services and finance in the not-for-profit sector. She is a chief executive in the social services sector with varied experience in social and affordable housing across QLD, NSW and VIC, and roles in organisations providing aged care, disability support, child safety and family support services.

Hariet is a fellow member of the Governance Institute of Australia, with strengths in corporate governance, risk and compliance, human resources, finance, strategy, leadership, business development and transformation.

Hariet is values driven and committed to providing outcomes that meet the needs of the community.

I have joined the organisation as I am interested in contributing to its Mission of enabling and empowering consumers to influence, lead and drive better health outcomes. For over 15 years I have worked in the social services sector and seen the difficulty many people have in accessing health services that meet their needs. 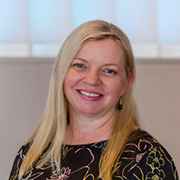 Rachelle Foreman is a Board Director of Health Consumers Queensland, joining in 2017, and chairs the Governance and Policy Committee. She is a member of Metro North Hospital and Health Service’s Board Community Advisory Committee (and chaired its predecessor) and she was a member of Brisbane South Primary Health Network’s (PHN) Community Advisory Council. She has 20+ years senior leadership experience in health including the Heart Foundation, the Australian Red Cross and Brisbane North PHN.

Rachelle has an undergraduate degree and postgraduate health and research qualifications from the University of Queensland. She chairs and sits on numerous strategic health committees and has special interests in governance and strategy. Rachelle has been an investigator on numerous research projects in physical activity, health promotion and models of care – areas she is most passionate about.

I am very passionate about good health and health systems being available for everyone, regardless of where they live, literacy or their status/culture. I have a genuine passion for improving health systems to deliver better outcomes for patients and their families and this can only happen where the consumer has a voice and is at the centre of the discussions and decisions for planning, design, delivery and monitoring. I have been a vocal advocate for this throughout my career and have demonstrated my commitment to a strong consumer perspective via my involvement with strategic consumer committees. 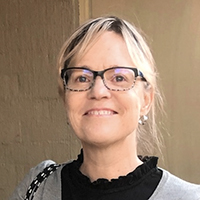 Alisa is currently Director of Practice and Engagement with the National Centre for Child Sexual Abuse, an organisation established to privilege the voice and experiences of victims and survivors to inform, influence and create change.

For 30 years Alisa has worked across the health and community services sectors in Queensland. After starting her career as a social worker in hospital and community settings both in Australia and the United Kingdom, Alisa has spent the last fifteen years in senior and executive level roles in organisations such as Blue Care, SANDBAG Inc. and the Health and Community Services Workforce Council. She is experienced in working with and alongside Boards and Senior Executives in organisations and as a principal consultant, leading a range of health, community and workforce change programs and initiatives.

Previous experience leading organisational development programs with Not for Profits across England, Alisa has a particular interest in building the capacity and capability of workforces and organisations that are critical in ensuring people get the services they need when and where they need them. Alisa has sat on a range of boards, committees and advisory mechanisms previously, is a graduate of the Australian Institute of Company Directors, and holds qualifications in Social Work and Public Health.

Why am I here?
I am motivated by the belief that people should be able to access the health, care and support they need, when and where they need it, so they can live full and active lives.

I have a keen interest in the power of partnerships and collaborations between organisations and systems so people and communities can access joined up, connected and tailored supports that meet their changing needs across their lifespan. I am delighted to work alongside the Health Consumer Queensland Board, staff team and importantly consumers to influence how health and care is delivered to meet the needs of Queenslanders. 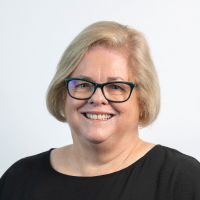 For over 35 years she has worked across the health and community sectors in Queensland and has an extensive understanding of the complexities, challenges and opportunities confronting the health sector and is experienced in leading and driving change. She has a proven track record in the planning, development and execution of a broad range of health programs and initiatives.

Ann Maree’s leadership, communication and engagement skills have also contributed to a proven track record in the development of effective collaborations and partnerships at both a State and National level, including effective working relationships with a broad range of both State and Federal Government officials and elected representatives.

During the past six years, she has provided strategic leadership through a significant organisational and business transformation.

She is a graduate of the Australian Institute of Company Directors and as a CEO, has significant experience working with Boards and serving as a member of Board committee and advisory groups.

I am passionate about creating an equitable health system in which every person, regardless of who they are or where they live has access to safe, quality health care. Consumer-centred approaches and strong, respectful partnerships between providers of health services and the communities and consumers they serve are central to this vision. 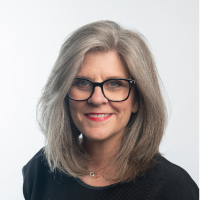 Tracey’s professional background is in corporate communications, IT and strategic marketing. Having worked in executive level roles within the healthcare, life sciences and innovation sectors for many years, Tracey has developed a strong professional network in Australia and the SE Asia region.